New artist along with some regular exhibitors present a new and exciting exhibition for April. Bevan Shepherd is showing the second painting in his series based on historical events of Point Lonsdale

The Holyhead was on its maiden voyage, a new A1 classified ship intended for the India trade. After an uneventful voyage from Liverpool, the Holyhead was wrecked about 3.30 pm on February 12th 1890 very near the George Roper wreck. The ship had signaled unsuccessfully for a pilot, and eventually ran in towards land. Warned by lookout, missed stays, anchors let go, but struck and jammed on reef. Within 10 minutes 7ft of water was in the hold. The lookout station at Queenscliff summoned a lifeboat, which in heavy swell against the tide reached wreck at 4.45pm. Two trips removed the crew except for two who stayed on board. At the time of wreck the first mate, who had never been to the port before, was in charge claimed the Admiralty-certified chart on board (later lost) did not have the reef marked opposite Point Lonsdale. Court of Marine Inquiry found Capt. Williams guilty of gross misconduct. One charge was not being on deck when vessel so close to land. Certificate suspended for 2 years, fined 20 pounds. First Mate John Roberts’ Certificate suspended for 18 months, 10 pound fine. Vessel valued at 25,000 pounds; cargo at 60,000 pounds. 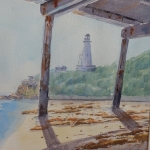 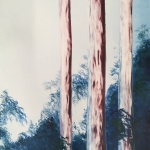 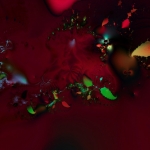 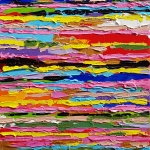 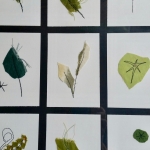 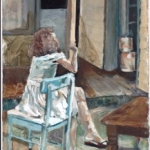 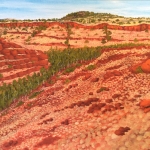